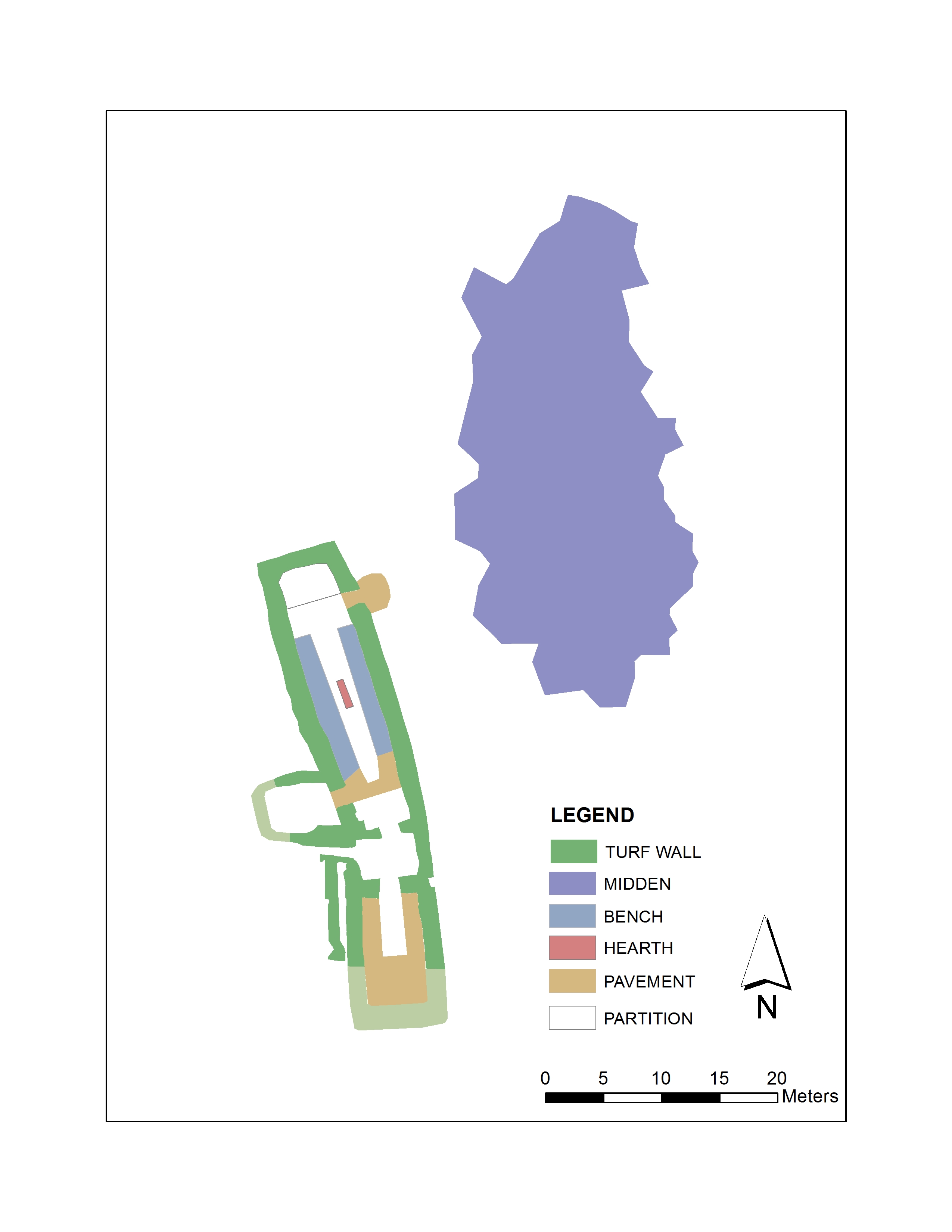 Previously it was believed that the turf house, Glaumbaer, was located on the original farm mound where all previous domestic structures had been. However a test trench into the midden outside the back door of the turf manor house shows it was not used before 1104. This implies that the farm was built or moved from somewhere else sometime after 1100 AD.

Remote sensing in a leveled field about 150m east of the old farmhouse indicated that extensive building remains could be found under the surface. Further archaeological excavation in the field unearthed a 30m long longhouse (skáli), and associated midden, dated to the 11th century. This discovery proves that substantial subsurface remains may be found even where nothing is visible on the surface.

The skáli and the old turf famhouse represent two very different forms of dwellings, allowing us to see, in one place, both the first and the final stages of 1000 years of Icelandic turf house development.

In the Saga of the Greenlanders, Þorfinnur Karlsefni and Guðríður Þorbjarnardóttir, are said to have purchased the Glaumbær farmland when they returned from Vínland in the first years of the 11th century along with their son, Snorri Þorfinnson. Snorri is said to have built the first church at Glaumbær. The authenticity of the saga has been questioned by scholars. But whatever the truth may be, the skáli in the field would indeed have been the living quarters of these famous and well traveled saga characters.