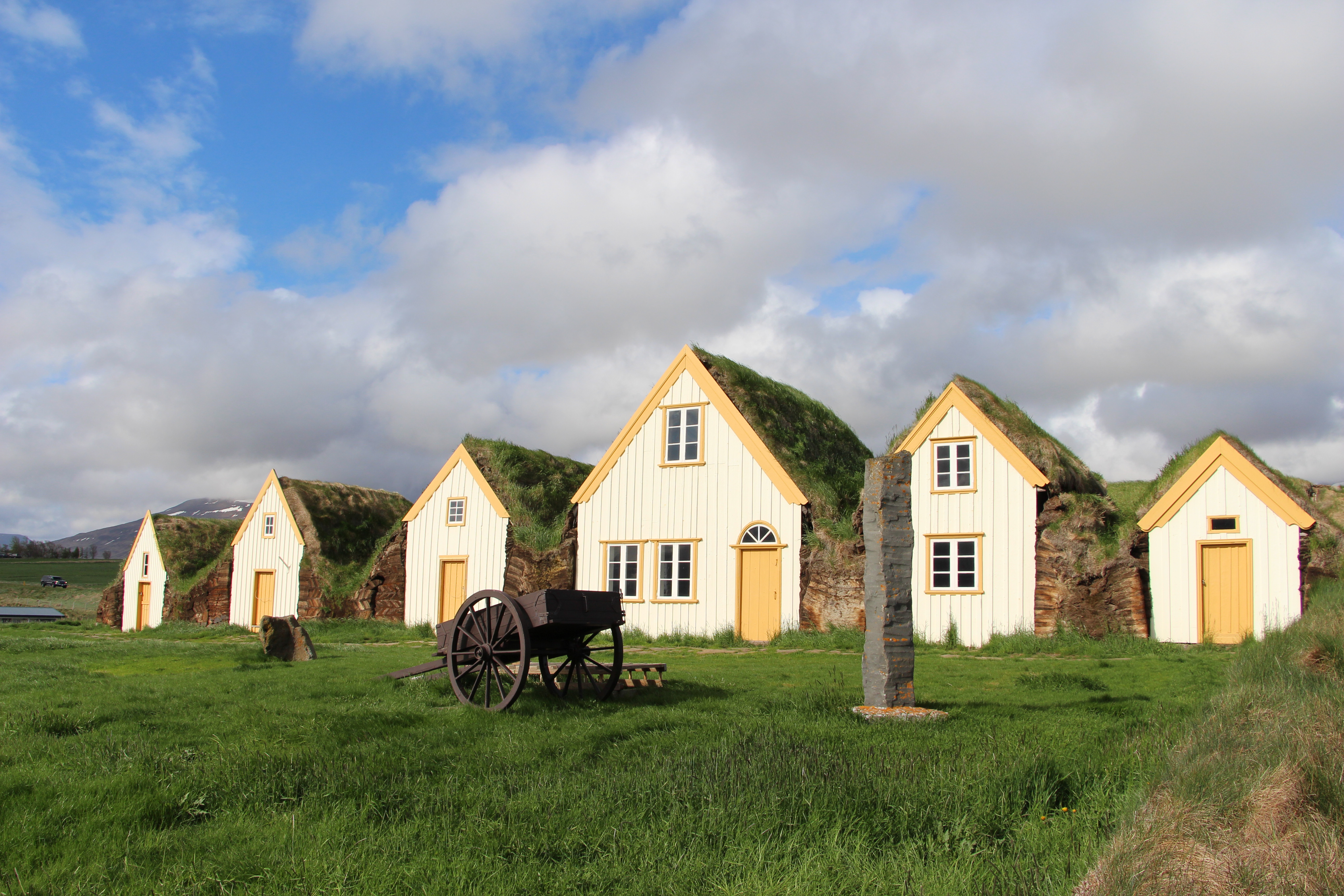 A farmhouse is said to have stood on the hill at Glaumbær since the Age of the Settlements (900 AD). The present buildings vary in age; the most recent addition having been built in 1876-79, while the oldest  the kitchen, "long pantry," and middle baðstofa  are believed to have been preserved much as they were in the mid-18th century. The passages connecting the individual units have also remained unchanged for many centuries.

The form of the farmhouse as it is today is similar to that of many large farmhouses in Skagafjördur from the 18th and 19th centuries. Between 1879 and 1939, the farmhouse at Glaumbær remained unchanged; it was repaired and declared a conserved site in 1947, the year the last inhabitants moved out. An English benefactor, Sir Mark Watson, contributed a gift of £ 200 for the renovation of the farmhouse, which was crucial to its preservation.

The farmhouse is built of turf, stones, and timber. The walls are built of stones and of pieces of turf layed up in a herringbone pattern, with long turf strips between the layers. The Glaumbær estate provided little rock suitable for building purposes, but it has plenty of good turf, so the walls of the farmhouse contain relatively little rock; it was used only at the base of the walls to prevent damp from rising up into them. Imported timber and driftwood were used in the interior frame and paneling.

The farmhouse consists of a total of 13 buildings (houses), each of which had its own function. The main unit is the baðstofa, a communal eating/sleeping room, where people sat to do their handiwork. Food was stored and prepared in the pantry and kitchen. The front hall, passages, and south entrance (Brandahús) provided access throughout the farmhouse. One house provided accommodation for the elders and other members of the household. There are two guest rooms, two storerooms, and a smithy (blacksmiths workshop). Many of the pastors of Glaumbær were skilled in metalwork.

The Glaumbær Church by the farm is from 1926.